The CHV Explorers Outing to The Merchant's House Museum

We are excited to announce the launch of The Carnegie Hill Village Explorers, whose first outing will be to The Merchant's House Museum.

We are excited to announce the launch of The Carnegie Hill Village Explorers.  Following the very successful tour of the New York Marble Cemetery several members suggested organizing further trips like it.  Following up on this idea, The CHV Explorers has been formed to visit less well-known historic sites in New York City.  A committee of Breck Denny, Arnie Fink, Jim Robinson and Susan Wolf will develop ideas and host the trips.  While we have given the group a name, trips will be open to all CHV members.

The CHV Explorers first outing will be to The Merchant’s House Museum, located at 29 East 4th Street in Manhattan.  The Merchant’s House was built in 1832 and purchased by Seabury Tredwell, a prosperous New York City hardware merchant, in 1835. The Tredwell family continued to live in the landmark late-Federal and Greek revival style row house for nearly 100 years.

We will take a “culinary tour” which will focus on the culinary customs of mid-19th century New York, including favorite foods, cooking methods, dining etiquette and entertaining.

We will also visit four floors of period rooms furnished with the family’s original possessions – furniture, decorative objects, household goods, books, even their clothing.  You’ll see how a wealthy family and their four Irish servants lived in mid-19th century New York.  The House was among the first 20 buildings designated in 1965 under the City's new landmarks law. It is the only historic house museum in the Greenwich Village/Soho/NoHo neighborhoods.

The trip will be on February 4, 2020 from 1-2:30pm.  The cost is $13 per person, payable by check made out to Carnegie Hill Village.  Due to space limitations, the group will be limited to 15 members.  The tour visits four floors, including a total of 72 steps inside the House, as well as a flight of 7 steps to enter the building. The museum does not have an elevator. Modern chairs are available for visitors to use in most rooms.

To register for the event, please click on the green box below. 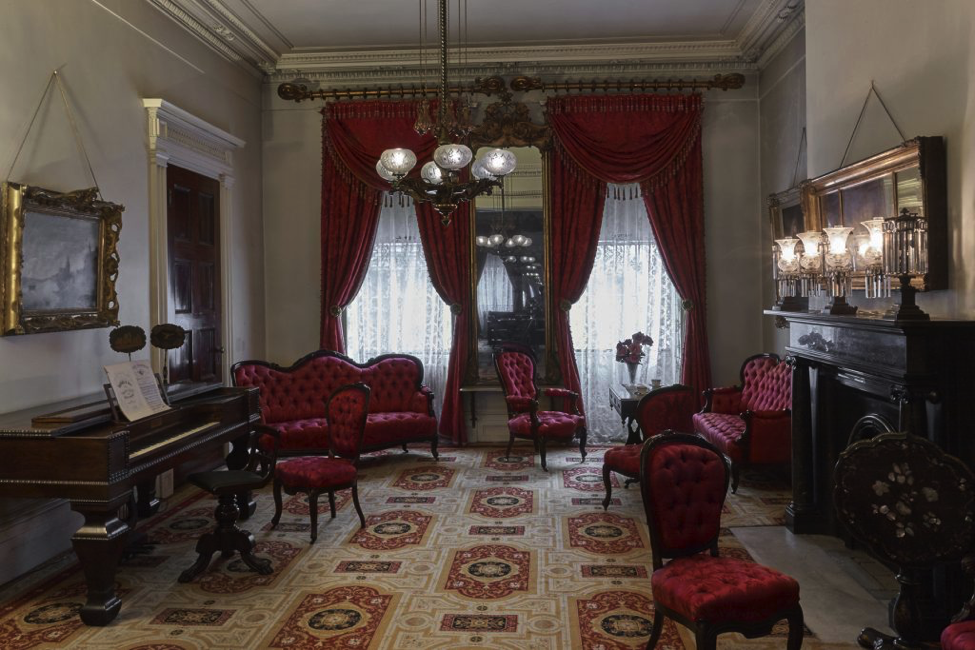 This event is currently full.